Zoom in on Science: STEM at the Defense Intelligence Agency

Over the past few weeks, during this turbulent time, the Chief Science Officers program has been hosting Zoom in on Science calls with the intent of connecting CSOs who are quarantined at home and making sure that as many people as possible are still interacting with STEM. So far, they have been very successful in this goal. CSOs in places ranging from Kuwait to Texas have been able to meet and bond over a common interest in STEM topics that include using Minecraft in psychology experiments and studying killer whale feces to learn more about their species.

Recently, we were lucky enough to welcome Lyle Barksdale, who is a Strategic Engagements Officer at the Defense Intelligence Agency (DIA), on one of these calls! He told us about his journey to where he is today and about the DIA’s mission, which is to provide intelligence on foreign militaries to prevent and decisively win wars. We also learned about all of the cool ways DIA employees use STEM, from 3D printing to picking apart computers. Some of the CSOs on the call had actually met Lyle twice before, as he gave us tours of the DIA facility while we were there in Washington DC at both CSO International Summits.

During these tours, which many CSOs mentioned were their favorite part of the entire summit, CSOs learned about the history of the DIA and had the chance to interact hands-on with some objects that they encounter daily during their work there. Lyle has been such a big advocate for the CSO program, and I know that all of the CSOs thoroughly enjoyed talking to him. 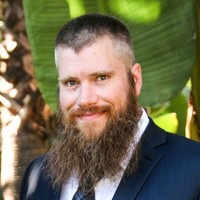 These Zoom in on Science calls have become an essential part of the CSO community and have allowed us to meet with so many amazing professionals and CSOs from other regions from the safety of our homes. I would recommend them to anyone and everyone as a way to keep learning and growing during this break from life as we know it. Thank you so much to Lyle Barksdale for discussing your role at the DIA with the CSOs! I had such a great time hosting this call.