The first-ever CSO Math Festival was held online on July 20, 2020. This virtual mathematics festival had over 130 participants log on for the three-hour event! Based on that success, it will certainly become an annual tradition.

As a Chief Science Officer event, of course it was planned by a student, CSO Sahiba. 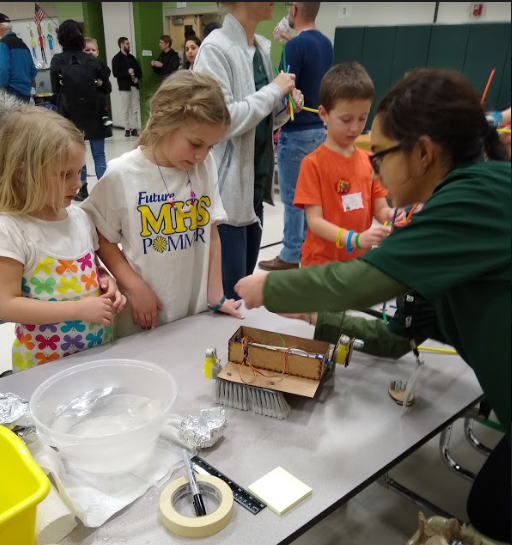 She attends Jefferson Middle school, represents Michigan on the International Leadership Council, and is a third-year CSO. Here’s her description of how the event came together. Note the leadership and initiative exhibited by this precocious eighth grader! 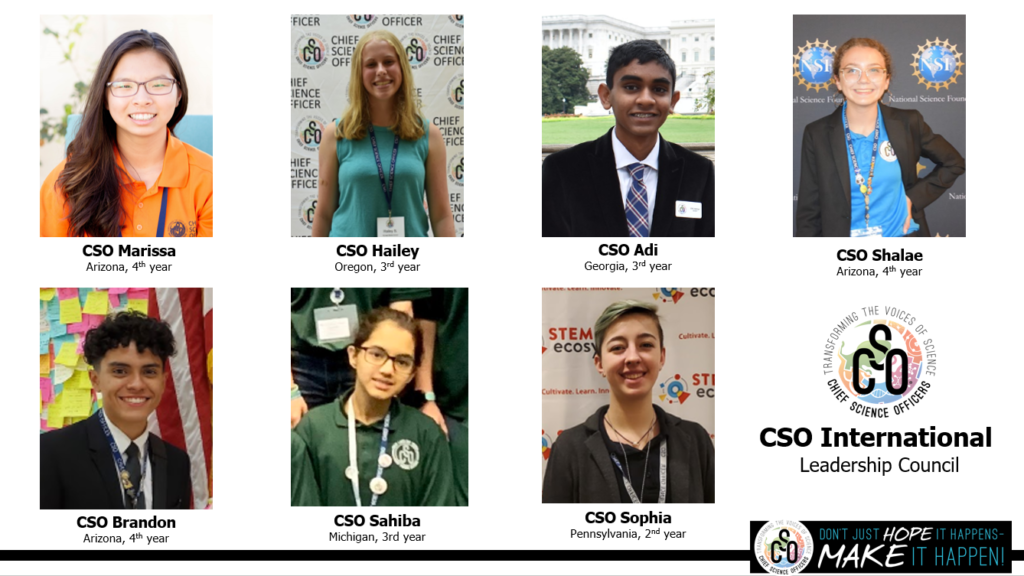 My love of mathematics and desire to spread my passion for it is obvious to everyone. Kelly Greene, Chief Operations Officer of CSO International, helps the CSOs live out our mission: Don’t just hope it happens, make it happen! With her encouragement, I was able to launch the Math Festival and share the joy of math with more than one hundred people.

First, in April, I made a math video teaching a problem-solving factoring technique. Kelly saw it, and she approached me asking if I would like to lead a “Zoom in on Math” call with two people from the Julia Robinson Mathematics Festival (JRMF), Nancy Blachman and Mark Saul. I delightfully agreed, and I facilitated the online discussion with the adults and students. We talked about the Julia Robinson Mathematics Festivals and the switch from in-person festivals to virtual webinars due to Covid 19. Mark also shared some interesting math problems for us CSOs to work on together, and it was a great experience.

The week after I led this Zoom in on Math call, I decided to attend a JRMF webinar. They included an  activity called “Nuggets for Sale,” based off of a famous chicken nugget problem about how you can split nuggets into different size packs. I was put in the teacher breakout room by accident; this big coincidence led me to become a facilitator and, later, an intern!

At the time, I didn’t know that I was in the breakout room for adults. We had a fun time discussing the activity and teaching strategies relating to mathematics – that’s when I realized I had been having a mathematics discussion with a bunch of adults! When we went back into the main room, they had the kids leave and the adults and facilitator stayed to debrief some suggestions for the webinar, and they kept me around, since they thought I was a teacher! I let Nancy know I was one of the Chief Science Officers and she introduced me to the group, and I offered to help facilitate future webinars.

In early June, Nancy also approached me asking me to help JRMF with outreach on the art of problem solving (AoPS) website. Soon after, she asked me if I would like to become one of the summer interns! I began an internship for activity development and outreach, and I also worked with some people to gather statistics from the webinars through excel. In addition to all of this, I continued attending, observing, and facilitating webinars.

Kelly told me that many CSOs were interested in a math event, and that led to the idea of a virtual mathematics festival. After a ton of emails and phone calls, and with a lot of help from SciTech Institute, CSO International, and JRMF, I was able to pull this event together. I would also like to thank CSOs Shirley and Ben for helping out as well!

To kick the event off, Nancy Blachman told about how and why she decided to start JRMF. Then we went into one of four breakout rooms: math theory, problem solving, math in real life, and interactive math. The math theory webinar was an interesting exploration into Pythagorean triples, and the problem solving breakout room, which I facilitated, had an engaging puzzle relating to different sized squares and finding the side length of one large square.

We then had a second session with the same categories, so students could choose a different place to go and try another activity. In the problem solving session, I guided people through a very interesting proof of why the sum of the angles of a triangle is 180 degrees. In school mathematics, you are sometimes just told formulas with no intuition or reasoning behind why it is actually true. I wanted to give people an opportunity to see the beauty of geometry through the elegant proof. We also talked about how to distribute things among friends and how many ways we could do it. This actually leads into a rather large branch of mathematics called combinatorics and has all sorts of amazing connections.

To end the festival, we had a Math Panel with guest speakers, including Mark Saul, a problem writer and grader for the American mathematics competitions. He discussed how we have the ability to do and learn anything we want as long as we have enough determination. Next, Brian May talked about how numbers are utilized in marketing. The last speaker, Scott Flansburg, holds the Guinness world record for being the fastest human calculator. Everyone enjoyed trying to beat each other in counting up by a specific number! He also talked about how he realized that every number goes back to 9 and how that sparked the human calculator in him.

All in all, I had a really great experience being able to organize this event and am planning on organizing something similar for my school district throughout the year. I also have plans to make the CSO mathematics festival an annual event to kick off the CSO year!

This event would not have been possible without the help of so many people from JRMF, all the CSOs that came, Kelly, Jake, Hope, Mark, Nancy, Ben, Shirley, and countless others. I would like to give my greatest thanks to them for all of their help!

One main thing that I wanted people to get to experience is the beauty of mathematics: everything is connected to each other in ways that are so beautifully arranged. To me, mathematics is like sweet music that is always humming in the background. Everything in your daily life can connect to mathematics in some way. More mathematics is always there, a beauty waiting to be discovered every day. 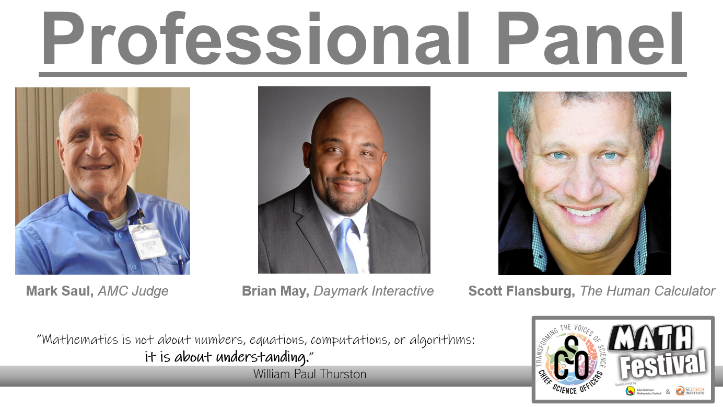 Mark Saul, from JRMF, said “It is a joy to work with Sahiba. She is soft-spoken, but always tuned in to the discussion, always on point—and always insightful. When she speaks, I listen.”

Rori, a student reporter at Bear Essentials, said, “I had a great time attending the Math Festival. I recommend it for anyone who loves math.”

View the video of the 2020 CSO International Math Festival. We hope that Sahiba’s deep love of math will inspire you to learn more about various types and applications of math. Please join us for the next Math Festival!